Cover Preview – The Gates of Infernus

That’s right, I’ve changed the name of the stupid place for the 8th time!

I’ve been working on an update to the Adventure Book that comes with the game. Believe it or not, the Dungeon Crawl books were all created in Microsoft Word. It’s a real pain to work with, and when I decided to give the Adventure Book an update, it was giving me nothing but headaches.

So I’ve begun transferring the Adventure Book to Adobe InDesign. More pain in the butt (would have been amazing if I’d had this software in the first place, but I’m stuck with doing this whole transition now).

“But what’s this got to do with me, you stupid jerk,” I hear you ask. Fear not, for I have prepared a list of reasons here! Faster updates to stuff, for one. When using Word, if I tried to insert a picture here or there or edit text on this or that, so many things could go wrong. Text boxes would move up and down, displacing the headings above them to below. Blank pages being inserted because of wayward page breaks. All sorts of stuff. With InDesign, the layout tools are much easier to work with, and things will just stay the hell PUT.

For the future, it’ll mean that new Adventure Books will be easier for me to put together, and the whole process will be quicker as well. Hooray, everyone wins!

So since I’ve been giving this whole thing an overhaul, I feel like it merited a new cover with a spiffy title, rather than just slapping a font on it and squeezing it onto the page. This is just a preview. There’ll probably be more changes to this cover, like actually adding in some kind of background in there. Anyway, hope you guys like! 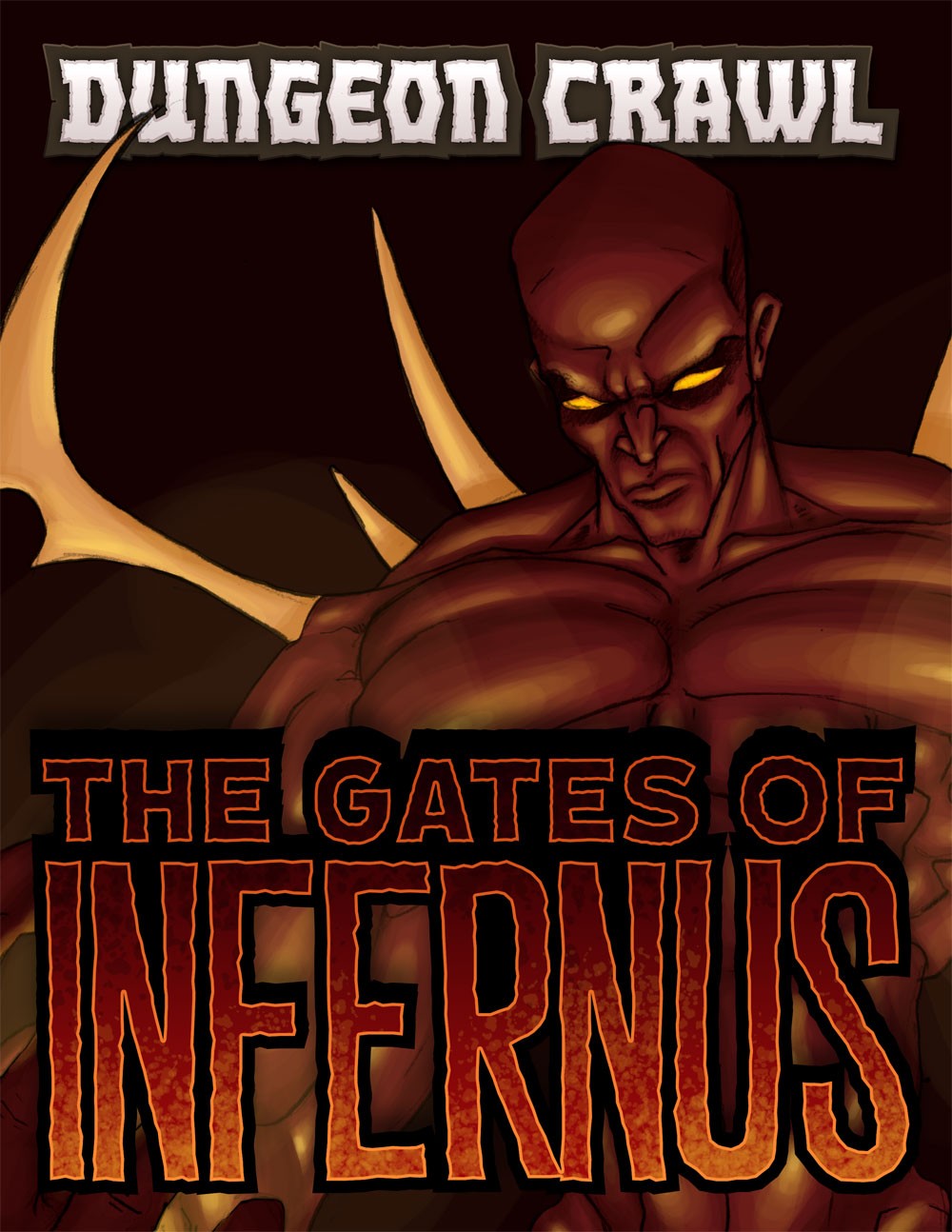 Want to buy Dungeon Crawl? Got 15 bucks burning a hole in your pocket? Buying Dungeon Crawl couldn't be easier!

By clicking the button below, you can send your payment through PayPal, after which you will receive your download info through the magic of email!